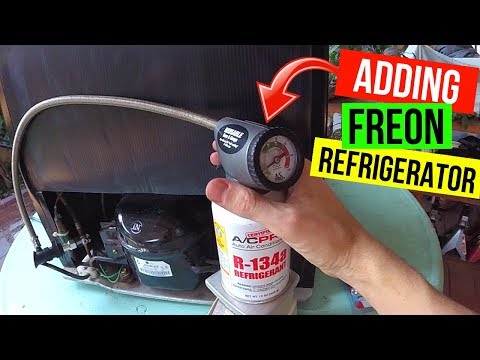 The fridge is an item in a house that attracts everyone towards the kitchen.   It’s a natural fact that we all spend a lot of our time in the kitchen holding the refrigerator french doors open looking for the things that we need.

For me, the fridge is more than a gadget because I think it’s the best place to show quotes, timetables, headlines, or any update that you want anyone to adhere it without visiting their rooms one by one.

Yesterday I was going to put a note on the fridge regarding COVID-19 safety and precautionary measures. I felt a bad smell like something is burning and has been turned into ashes. The smell was like   greasy and oily   that comes after the bunch of wire which have seen in short circuit.

Sadly, it was the freon leaking from my refrigerator and I was unaware of it until and unless someone hasn’t told me that it’s the freon smell. 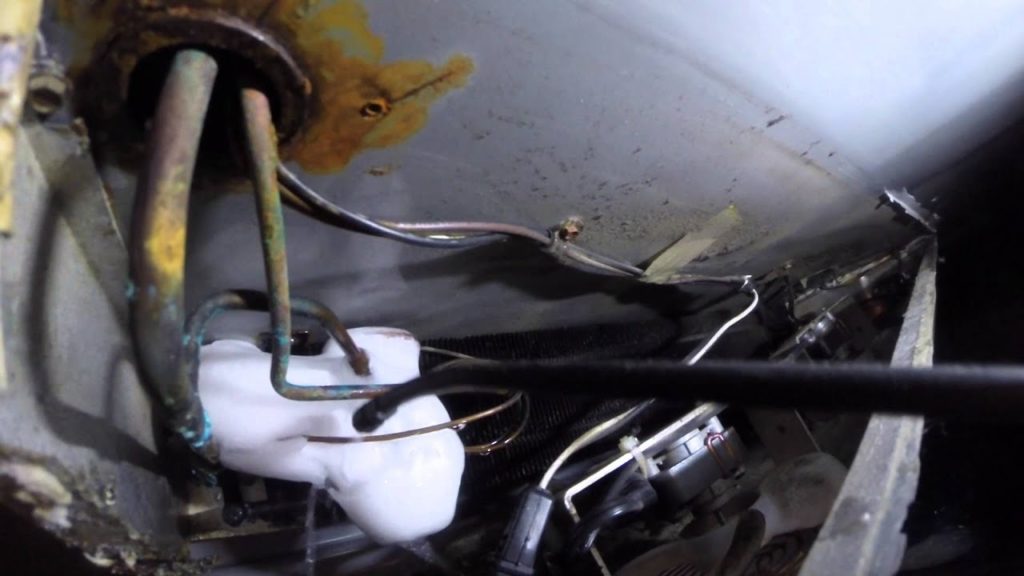 Freon leaking doesn’t mean you only compromise your food freshness but a negative impact on your health and a large repairing bill’s cost too.

I believe if I know the signs and symptoms before the time I could do something that may cost less and a little bit less dangerous.

The biggest sign of refrigerator leaking freon is to sense a bad smell like a chemical smell, look at the motor that may run continuously without any gap, feel the burning wire’s smell or oil has spread on the ground, etc. Although, various freon’s leak detection kits are available in the market that can help you to figure out the smell that leads you to leakage point.

You can also do it yourself at your home with soapy water. 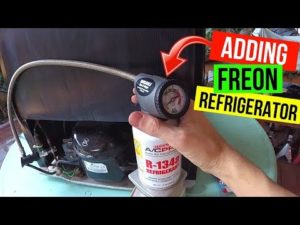 Few of us know about the freon’s worth in the refrigerator. Freon component in modern refrigerators transfers heat to balance out the refrigerator’s internal temperature and keep it cool. This basically ensures the safety, coolness, and freshness of the food. Freon cooling system is designed in a way that no possible leak can occur from anyway.

Many of us don’t have enough knowledge of when and how refrigerator freon is leaking. Time spent on reading the signs, symptoms, and ways of ,strong>confirming the fridge leaking freon can save you from a hazardous incident.

Some informational and pro tips are described below to know about the refrigerator freon leaking. Let’s shed some lights over them:

Freon leaks in refrigerator occur When you sense that the items in the fridge are a little warmer.

Don’t let your time and money spent on groceries go wasted. Check it out and have the solution to the problem as quickly as you can!

The Climax in Electricity Bills

We all have planned our mind that electricity bills can go beyond the limits in winter or summer when we warm or cool our homes. Freon leaks cause the motor to run continuously without any gap for longer periods. Refrigerator motor works hard and goes through abrupt current variations that force it to consume a greater amount of energy which in result increases electricity consumption.

Whenever you feel an abrupt irrational, unreasonable, and unseasonal variation in electricity bills rush towards your fridge and check its freon from all sides.

Oily Residue on the ground 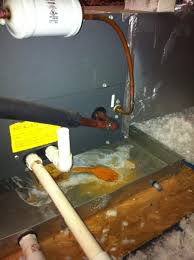 It’s worthless if you complain that you don’t know how to know if my refrigerator is leaking freon when you have a smartphone in your hand with an active data connection. Google is the remedy of all disease, or in the short solution of all problems.

Fridge leaking freon can cause oily or greasy residue to appear on the ground. That residue isn’t a freon itself but an amalgam or a byproduct. Refrigerator freon leak is harmful to suspect so it’s better to keep a distance while wiping out the residue.

Wiped out the residue one time but have seen thicker and heavier residue on the ground again? It’s the best clue that from where and how much freon is leaking?

One of the well-known and audible ways of knowing the refrigerator freon leak is to hear the buzz or funny noises cause by the motor. Freon leak means the fridge’s temperature is going down day by day, compressor and condenser do their best to utilize freon from anywhere it is present to bring the temperature at its right place.

Freon leaks in refrigerators mean forcing the motor to run for a longer time to compensate for the refrigerant. Nonstop working puts motor under excessive strain that may cause a breakdown issue.

Freon is the name of liquid refrigerant that is being used in refrigerators, heat pumps, conditioners, and many other appliances. It is an odorless, colorless, and non-flammable gas but whenever you smell a greasy, odd, musty, oily, or burning chemical odor around your fridge immediately investigate the freon component.

It’s an indication that something has gone bad inside your refrigerator. There would be high chances of freon leakage.

It’s ok if you have seasonal flu or cough because all these seasonal infections have vaccines or remedy but what about the unsolved and mysterious unseasonal illness? Freon causes people to breathe heavily. Are you suffering from prolonged cough, headache, eyes pain, nausea, or faintness situation?

You have visited many doctors but didn’t get the root cause of it then try to explore the fridge area until and unless you haven’t been exposed to the freon.

If you have seen all the intact signs and symptoms but haven’t confirmed yet then it means you’re doubting of your senses. Anyway, sometimes things go wrong that we see with our eyes, hear from our ears or smell with our nose.

Have you suspected a leak? Want to confirm? go through this confirmation link. Give a call to a professional who has been solving such issues for years because you can’t handle it on your own.

No question is formed yet that’s the answer is not given. People are conscious of their health, pocket as well as electronic appliances. They never want to lose anyone of above at any cost until and unless things adopt worst scenarios. People also look for:

Q1. What does it mean if my fridge leaks from the bottom?

All heavy and operational machinery is situated at the bottom of the fridge. Having strains of black residue on your tray means something is getting worse inside of it. Anyhow, it’s a sign of fridge leaking freon.

Luckily, freon in refrigerators itself isn’t as harmful as we think until and unless it doesn’t come in contact with gas or water heater. If these leaks occur to an open flammable are then it may cause death.

Yes, it’s fixable if done by an expert because detecting leaks requires extensive work and various precautions that a normal person usually ignores.