Refrigerator gases: Their history and transformations

I have an older refrigerator model and recently I noticed that my refrigerator isn’t performing as well as it did when I got it. So the first thing I thought was that there might be a problem with the refrigerator gas.

It turns out my guess was correct. The specialist told me that the gas needed to be replaced And that got me wondering which gas is used in my refrigerator?.

The answer to that question was not that simple. It turns out there are a lot of gases that you can use for your refrigerator. It all depends on the model of your fridge really. To summarize, older models typically before the 90s used CFCs or chlorofluorocarbons.

These gasses were harmful to the environment and were soon replaced by HCFCs which were surely better than the previous generation but still polluted the environment. In the early 2000s, another revolutionary advancement was made with the invention of HFCs.

These days refrigerators are starting to use hydrocarbons or simply HCs which are really environmentally friendly and greatly reduce the pollutants released into the environment. So let’s go over the types of refrigerant used in refrigerators these days, how they evolved and which gases are used in what refrigerators.

Refrigerants: the problems and the solution:

To find out more about refrigerant types you can check this video, this really helped me during my research. It does a great job of showcasing the issues we’re currently facing and what we can do to reduce them.

You can also read more about this over here. Also if you encounter any other problems like a buzzing sound coming from your fridge then be sure to check this out. 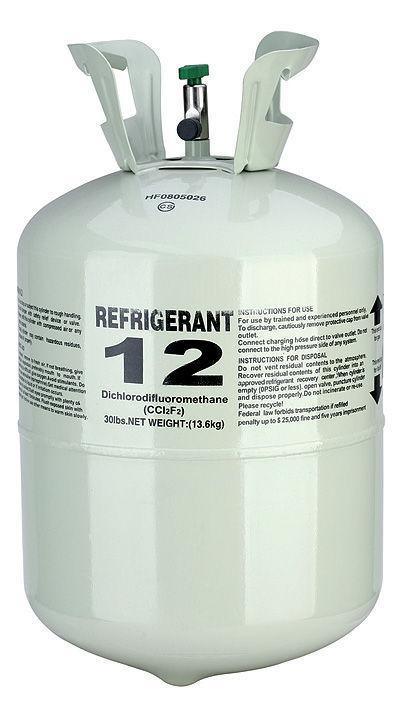 Earlier models of refrigerators used a refrigerant gas known as freon; it was one of the first refrigerants that were produced and were composed of chlorofluorocarbons. These were really harmful to the environment, so much so that in 2020 they’re going to get banned and phased out.

Older refrigerators using freon based refrigerants will have to look for a substitute. They were used in the first generation of refrigerators. So if a refrigerator was produced before the 1990s then it’s highly likely that it will contain some form of CFC. The most common CFC based gas used in refrigerators is R-12. 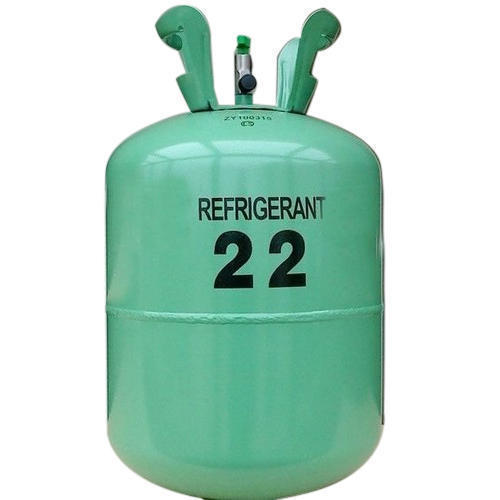 After CFCs came HCFCs, these were much better than their previous counterparts and reduced environmental pollution. However, according to the recent standard HCFCs are still considered very primitive and very harmful to the environment. So much so that the government has ordered a complete phaseout of HCFCs by 2030.

The production and import of HCFCs stopped as early as 2004. Since then the government has been taking steps to reduce the total amount of HCFCs in the environment. Because they came after CFC, then that means that any refrigerator produced between 1990 and 2000 will use some form of HCFC.

One of the most common examples of an HCFC is R-22. This is considered a class 2 ozone-depleting substance meaning that it has an oxygen depleting potential of about 0.2.

To put that into perspective CFCs had an extremely high ozone-depleting potential of 1. So, it is quite easy to see just how much of an improvement these were in terms of their environmental impact. 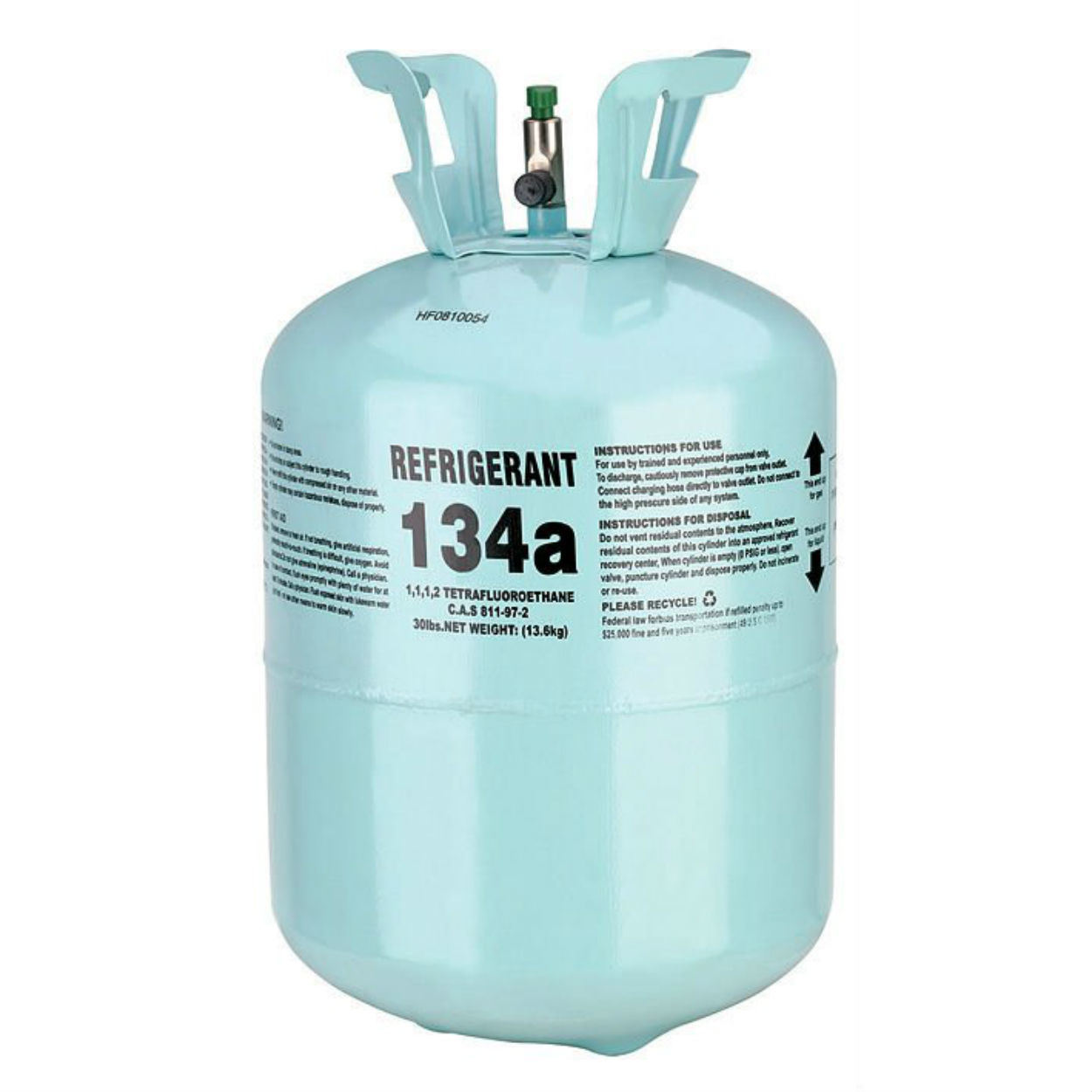 HFCs are considered as class 3 ozone-depleting substances; they have an ozone depletion potential of essentially zero. Basically, these substances don’t contain chlorine that is why their ODP is almost zero.

It does not mean that they don’t have any side effects on the environment. HFCs are one of the main contributors to the global greenhouse effect. The government is trying to take action against HFCs and phasing out has already begun in the United States.

However, since these refrigerators are relatively new it’s going to take a long time for them to be completely phased-out. Quite a lot of refrigerators used these days have HFCs in them.

Modern refrigerators usually between 2000 and today will most likely contain HFCs as their main refrigerator gas. As the world progressive towards a more environmentally friendly state, the use of ozone-damaging and greenhouse gases has been steadily decreasing.

HFC refrigerator gases such as R-134a can cause a lot of environmental problems.

One of the main ones being their potential to increase the global temperature by about 0.1 degrees until 2050. Although this may seem like a small change but our global environment can be easily affected by changes as small as 0.01 degrees Celsius. 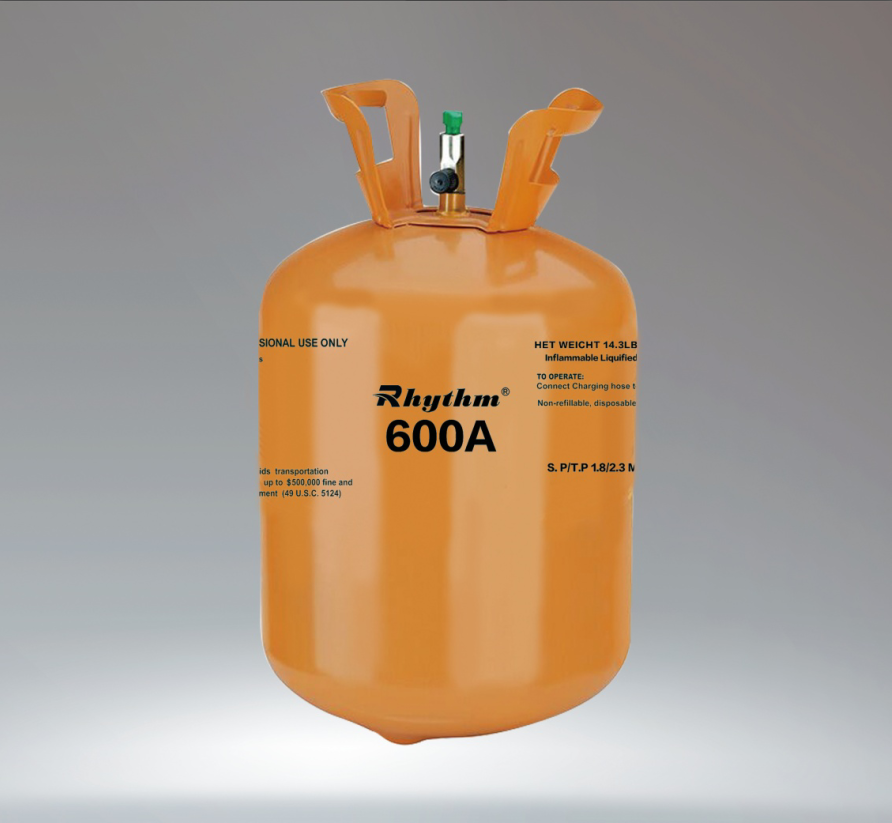 So next up are HCs or hydrocarbons; they are the latest and greatest in terms of environmentally friendly refrigerator gases. They do not cause any harm to the Ozone layer. However, they do affect the environment but the overall negative effect is really low as compared to the previous generations of refrigerants.

Another plus point for these natural refrigerator gases is that they are really cost-effective and energy-efficient. So to put things in perspective and show how effective hydrocarbons are as refrigerants we can use the global warming potential, (GWP) this measures exactly how much the particular refrigerant is damaging to the environment in terms of the total greenhouse gases its release.

The latest hydrocarbons have a GWP of less than 3 whereas the previous hydrofluorocarbons had an astonishingly high GWP of over 1433.

If we even go further back to the first models which contained chlorofluorocarbons, they had a GWP of over 3900. As you can see, the latest trend in refrigerants is quite a massive leap over the previous generations.

However, due to the unique nature of Hydrocarbons they are still in their primitive form and are not being used as refrigerator gases currently. Only a few companies such as True and Samsung are using hydrocarbon-based R-290 or R600-a as a refrigerant.

Hydrocarbons are natural and don’t pollute the environment as compared to their previous counterparts but some time is needed before they can become widely available.

What is the most common refrigerator gas being used these days?

If you’re talking about refrigerator gases that are commercially available these days then definitely the most common one will be HFCs. However, if you are talking about the most widely used refrigerant then that would be freons or chlorofluorocarbons.

Which refrigerator gas is chlorine-free?

HydroFluoroCarbons and hydrocarbons generally don’t contain chlorine that is why they have a ozone layer depletion potential of almost zero. However, they can affect the environment by acting greenhouse gases and contributing to global warming.

Hydrocarbons are much safer and better than hydrofluorocarbons in terms of the overall environmental impact these refrigerants have.

Which refrigerants are being phased out?